Razavi has worked with multiple governmental agencies, both at the Federal and local levels. With first-hand knowledge of the services the agencies provide, Razavi considers giving back to and supporting the agencies an important part of the business mission. Razavi has donated both time and money to the organizations that need to reach their constituents and is committed to not only continuing, but also expanding the donations and number of organizations every year.

Razavi Application Developers, Inc. (Razavi) is proud to have collaborated with several states, cities and counties to ensure continuity of constituent services as government offices were closed due to COVID-19. We are very grateful for the opportunities.

In 2020, Razavi donated to DC Based World Central Kitchen which provides emergency food relief and resilience programs throughout United States and around the world.

Razavi Application Developers is proud to sponsor ChildHelp of the Greater Washington Area Organization for their Annual Fund-raiser at Saks Fifth Avenue in Chevy Chase, MD, on November 16, 2014.  ChildHelp was founded 55 years ago for the prevention and treatment of child abuse.  ChildHelp locally also supports The Alice C. Tyler Village, located in Culpeper County, Virginia, that provides 24x7 care for abused children.

Razavi was a proud corporate sponsor of ChildHelp’s Thirteenth Forest of Hope Fundraiser in California. Childhelp is a leading national non-profit organization dedicated to helping victims of child abuse and neglect.

Razavi was especially proud to contribute to Gaudenzia’s Benefit Dinner and Auction honoring Richard Bockol with The 2013 Humanitarian Award.  Gaudenzia is a non-profit organization founded in 1968 in Philadelphia by business, political and community leaders to offer help to underserved communities.  Today, Gaudenzia serves over 18,000 individuals annually, and operates 135 drug and alcohol treatment programs for men and women in Pennsylvania, Maryland and Delaware. Services include specialty programs for pregnant and parenting mothers, adolescents, and people suffering from co-occurring mental illness and substance abuse.

Tema Razavi volunteers her time to provide mentoring and support to women diagnosed with breast cancer.

Razavi has been supporting Esri Mid Atlantic User Group by sponsoring its website. Esri-MUG is a multi-disciplinary organization with a membership base of users applying Geographic Information System (GIS) technology and applications in both private and public areas. 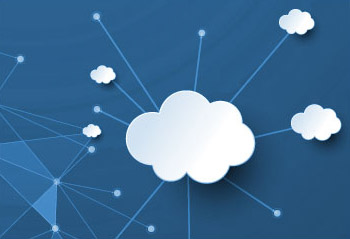 Razavi Application Developers was proud to sponsor the 2014 Massachusetts Digital Government Summit attended by over 400 state, city, and local IT officials. Razavi executives attended a private sponsor- briefing with the Commonwealth of Massachusetts CIO and the City of Boston’s CIO to learn about the challenges and strategies for automating government processes to improve civic engagement.